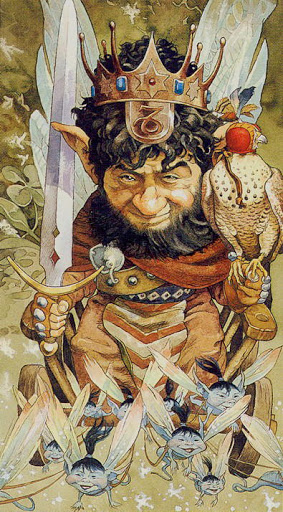 Get Your FREE Tarot Reading!

Close your eyes, take ten deep breaths and relax inwardly. Think of a question you have or an intention, then focus on it.

This particular deck is called Enchanted Tarot of the Hidden Folk, it’s a beautiful deck full of faeries and pixies. Before you start reading our interpretation of what the cards mean, take a deep look at the pictures in the cards that you have been dealt. How do they make you feel? Notice the details.  Consider these feelings and details in the context of your question. Look into the eyes of the characters in the cards and imagine, what are they thinking (regarding my question)? If they could talk, what would they have to say?

When you’re ready, press the button below to open the tarot cards in a new tab.

Tarot cards have been around for almost six hundred years, though using them for divination only really became popular in the 1700s. They were first designed for gameplay, originally intended to play a game not dissimilar from modern bridge.

Like modern playing cards, tarot cards have four suits: wands, pentacles, cups and swords. The cards eventually evolved into the French deck, what your average poker player will use today. 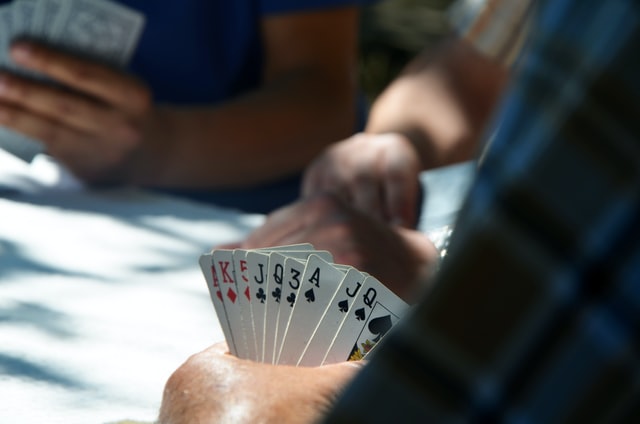 The King and Queen stayed, as did the Ace and numbers 2-10. The Page became the Jack, and the Knight was dropped from the pack. These tarot cards mentioned so far make up the Minor Arcana.

But what of the Joker, what tarot card did that come from? The Joker is a wild card, a trump card. In tarot cards there is no Joker, but twenty one wild cards, each with an exotic name such as ‘the Hierophant’ (high priest) and ‘the Devil’. These are called the Major Arcana. In a sense, you could say that in the evolution from tarot to common cards, the whole Major Arcana was whittled down to become the Joker. Having multiple wild cards is much more interesting, don’t you think? Imagine playing Gin Rummy with your friends and you have the ‘Death’ card in your hand, that’s a lot more exciting than having a Joker.

But this is not a website about card games. Tarot cards have a deeply mystical side to them, and are structured in such a way to define the multifarious characteristics of human experience, the passions we have and the struggles we go through. Each card holds a depth of meaning, and the ways different cards relate to each other can tell a unique and personalised story to those willing to open their hearts and minds to believe.

What do the Cards Say? Principles to Consider in Reading your Cards

When you take your free card reading, you can do it two ways. You could just read it and leave it at that, or you could regard the card itself, learn what it means in general outside of the context of your reading, and make your own interpretation of it before reading the interpretation given to you. Take a few deep breaths with your eyes closed and really relax within before picking your cards.

Before you go studying all the meanings of individual cards and making your own interpretations its important to understand a few principles of tarot reading:

1) Its not necessarily so much about predicting the future, as it is getting a deeper understanding of your own intuition.

What skeptics don’t realise about tarot cards is that regardless of what card comes up, the reading should always give good advice and help the person understand their situation deeper. The random nature as to what card is shown simply decides what good advice should be said. The cards guide people to follow their own intuition and consider their situation internally, they don’t magically reveal any secrets.

For example, imagine someone is seeking advice on how to woo a certain crush, and they ask the cards for advice with a past, present and future spread. For the past, they get an upside-down fool. The present, an upright devil. The future, an upside-down sun. How would you interpret this? Personally, while depending on whoever I was doing the reading for, I’d see it this way:

The upside-down fool might indicate that he/she hasn’t been very clever at trying to woo their crush in the past, in fact they may have spoiled things. Consider what you may have done in pushing them away. Did you act awkwardly at any time? Perhaps you were too slow to make a move? Consider for a moment that it might be your own silly fault that they’re not interested, and identify what you may have done wrong.

The upright devil represents seduction by the physical pleasures of this world. To see this in the present and in the context of wooing a crush, consider: do you really like this person for their personality or do you just want to get physical with them? Perhaps you just like them for their money or status. What are your true motivations? Are they really as pure as you think they are?

The sun signifies happiness and contentment, self confidence and success. Yet it is upside-down which indicates there is a problem, it is weak, there’s an issue here. This card is for the future and is in the context of the previous two cards, so I would say that while you are wanting a bright future with a great partner, if you continue the way you’re currently going about it making the same mistakes you made in the past, and with the same base motivations as the present, your future may not be so rosy.

So you see? No ‘predictions of the future’ were made – no weird gobbledigook that make the skeptics scoff. Just good advice that could be applied to anyone in this situation. If the person has been sleeping around, they may consider that they should settle down with someone. If the person has been a gold-digger, they might realise they need to reconsider their motivations. If someone has done nothing like this, they may still find search themselves within as to what they did wrong because no one is perfect, everyone makes mistakes. If anyone would say ‘no I have made no mistakes ever’, then that itself is a mistake of pride! This is how tarot cards help people, by guiding them to their own intuition and inner wisdom, not by looking into a crystal ball and seeing that you will get hit by a truck tomorrow.

2) Rather than memorising all the cards and their meanings, gain a deeper understanding of them and internalise those.

I used to teach English overseas for more than six years and during that time I learned that the Asian way of studying is fundamentally different from the Western way of studying (and teaching). Asian teachers are more inclined to make their students memorise things to commit them to memory, while Western teachers are more inclined to help the students understand things so they can remember them.

The following is a story circulated among English teachers illustrating this: One day U2 singer Bono held a rock concert in South Korea. Before he started singing he yelled out hello to the crowd and asked the crowd how they were doing today. Almost completely in unison, the crowd replied, “I’m fine, thank you. And you?” – because that was the correct textbook response that they were taught in school. If you had asked the same question to a native English-speaking crowd, there would have been so many varied responses that you wouldn’t understand the reply, it would have just sounded like cheering. 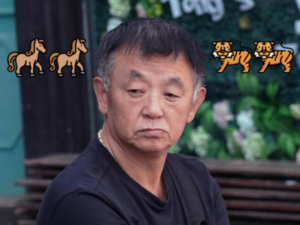 Its not wrong, rote learning, its just that memorisation alone can make it rigid and ununique. If your tarot readings are purely mechanical, based on memorised tarot card interpretations, its comparable to a conversation with someone who learned your language as a second language but isn’t quite fluent yet. You can communicate the same, but it lacks a poetic touch, lacks depth. I learned Chinese Mandarin when I was living in China, but though I can express myself and communicate on a basic level having memorised the vocabulary, I can’t do Chinese poetry or discuss philosophy. I have no idea why ‘horse horse tiger tiger’ means ‘meh’ – though a native Chinese speaker would understand why instrinsically. If there’s a story behind it, they know it.

Ultimately its best to do both, to have a deeper understanding of each tarot card and also remember the details behind them! But that takes a lot of work. So if you’re limited in your time with your tarot cards, its better to simply gain a deep understanding of each card rather than memorising all the points. Google and various tarot reading apps on your phone can substitute the memorisation process – you can just look it up if you can’t remember – but understanding is more than just knowing objectively what it means. Consider how each card makes you feel, consider how the objective meaning might be interpreted in various subjective scenarios. This depth of understanding will produce much deeper, and much more useful, interpretations of the cards.

Lets say you ask the cards about your finances and you get an upright Hanged Man. That addresses a major issue in your finances, perhaps you seriously need to make some sacrifice – cut back spending on yourself to save money for your children, for example. Alternatively, you might get the four of pentacles, suggesting a need to save money. Both cards might be telling you to save money, but one is Major Arcana, one is Minor Arcana. So the Four of Pentacles isn’t so dramatic, it might simply suggest that you ought to drink instant coffee rather than buying a $5 latte every day.

4) There is no one way to interpret card reversals (upside-down cards). Do what feels right and makes sense to you.

For example lets look at the three of swords, which when upright, signifies emotional pain, heartbreak, and grief.

If this card was upside-down, you could interpret it many ways. Maybe it means some small thing makes you feel a little sad. Perhaps something terrible happens but you feel unexpectedly okay. Perhaps you’re not letting yourself feel heartbroken but you should give yourself permission to be sad and let it out. Perhaps it means you’re hurting a lot but you should harden up, have a stiff upper lip and be tough. Its up to you, the cards simply guide you to your inner wisdom and intuition – so go with what feels right and wise to you. It won’t necessarily be the same for every reading, chop and change the way you interpret card reversals based on what feels relevant, appropriate and applicable.